The film, Renoir-Revered and Reviled will be shown at the Tower at 6.15pm on Tuesday 26th April.

This film, part of the EXHIBITION ON SCREEN series is based on the largest Renoir collection in the world, held at the Barnes Foundation in Philadelphia.

It was due to be shown live at the Tower on 16th February, but an incorrect start time was given.

This film is featured on page 8 in the Spring Edition of NADFAS Review. 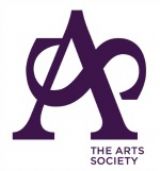