If you want to view the programme for the whole year, just click on   Programme 2021-22

Please note that the June lecture has changed from the one on the programme linked above, issued in September 2021. It will now be delivered by our very own Roo Irvine, BBC presenter, Broadcaster and TV Antiques Expert. A brief description is given below. 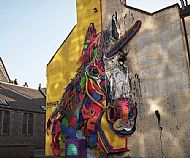 that brings murals to life. This beginner’s guide explores key stages in its growth and examines the different elements and styles of a scene with no rules.  From international superstars to local underground heroes, you will leave knowing your Invader from your Aryz – you may even start to look at the world a little differently. 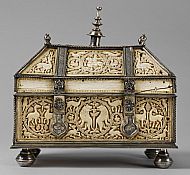 later, through an introduction to the surviving architecture and other areas of the material culture of the kingdom of Al-Andalus, such as silk textiles, carved ivory caskets, bronze sculptures and refined ceramics.

Tchaikovsky was one of the first people to perceive Chekhov’s genius,

and the admiration was mutual. The two became friends, aware they were kindred spirits. This lecture will discuss the elegiac and lyrical quality of their work, along with that of Isaak Levitan, who was Russia’s greatest landscape painter, and Chekhov’s best friend. Together their music, writing and painting provide a compelling and moving evocation of the autumnal atmosphere of late Imperial Russia.

Angels – not just for the top of the tree: Celestial Beings in Art (Online talk) 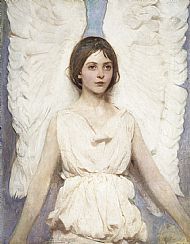 The Eagle Comic- Dan Dare and the Art of Frank Hampson 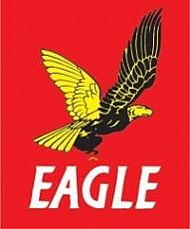 the million selling Eagle magazine in 1950. It looks at how the Dan Dare studio worked and the incredible detail that Frank Hampson went to in creating a graphic legend that was to influence generations. This entertaining and nostalgic talk includes rare artwork, ephemera and vintage film clips. The speaker is a retired Graphic Designer who brings a unique insight into the techniques used, the creativity and the legacy. 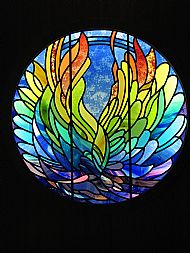 Burns Memorial Window in Alloway Kirk and a window larger than a tennis court in Norwich. Recent works in Cardross depict Peace & Joy as well as Faith, Hope & Love, while windows for New Kilpatrick Church include “Divine Light” and “the House Built upon Sand.” Based in Ayrshire since 1980, she is currently etching a series of coral atolls as well as a third window on the theme of “Creation”. This lecture will show many aspects of stained glass, including work on local projects.

Peasant Pastimes? The Art of Pieter Bruegel the Elder

peasants making merry or toiling in the fields. He also painted religious scenes often set in the countryside. But Bruegel’s work is more than just charmingly naïve, much more than just peasant scenes. He travelled to Italy and became a highly influential landscape painter and important graphic artist, whose paintings were collected by distinguished clients. Yet he also lived in a time of religious and political turmoil, echoed in his ‘darker’ works.

The Invention of Photography and its Impact on Early Modern Painting

Invented at the end of the 1830s, photography triggered a visual

revolution. At the time, some feared that photography would replace painting altogether. It certainly did not but painting was not left untouched either. In this lecture we will look at how photography helped to change the face of painting in the second half of the 19th century, introducing a new relationship between reality and its representation that influenced the Realists and the Impressionists.

Miró is one of the most important names in 20th-century art, enormously prolific over a long career. We focus on three periods when his work was particularly

closely related to the difficult times in which it was made. First, the ten years following World War I, when he was identifying himself strongly with Catalan culture, and making his first contact with Surrealism. Second, the distressing and violent period from the Spanish Civil War in 1934 to the early years of World War II. The final period covers 1968-75, at the end of Franco’s regime.

The Silver Thread: Silver Filigree and Traditional Arts in Kosovo

As one of the oldest man-made materials, glass features heavily in our

day-to-day lives. This lecture invites you to look at glass through new eyes, whilst travelling from Ancient Egypt, right through to 14thC  Venice and Victorian England. It also looks at the invention of the mirror 8000 years ago, and it’s impact on our Art, Architecture, Antiques, Culture, Psychology and our own priceless Self-identity.

The lecture gives a thought-provoking look at a material, long taken for granted, but magical in its own right.