The cost of the day is £45.00 including lunch and Coffee. Venue Victoria Halls

If you cannot download the application form you can send details of the names of the attendees,  telephone number and a cheque for the required amount (made payable to The Arts Society, Lomond and Argyll)  to Penny Elles West Ailey, Cove  G84 0NN. Her telephone and email address are on the Committee page of this website.

Programme for the day

Part 1: Introduction to the day

The introduction outlines the six main topics to be discussed during the course of the day: warfare between 1789 and 1848, the impact of the Napoleonic wars on the arts, the subjective in Romantic expression, the importance of nature, the supernatural and the Gothic, and the rise of nationalism. However, the day begins by comparing and contrasting Mozart’s Piano Sonata in D K576 1789 (1st movement) with Schuman’s–Intermezzo from Faschingsschwank aus Wien Op 26 1839

Part 2: The impact of the Napoleonic Wars on the arts

Warfare is a great stimulus to the creative mind and many artists, writers and composers produced some of their most original and inspired work as a direct result of conflict in their countries. The session includes the Nationalist art of Georg Friedrich Kersting and Caspar David Friedrich, orchestral and piano music by Beethoven, and songs by Schumann and Weber.

Part 1: The subjective in Romantic expression

Charles Baudelaire once remarked "Romanticism is precisely situated neither in choice of subject nor in exact truth, but in a way of feeling." During the Romantic era, the artist – in the broadest sense of the word – allowed his feelings to dictate the flow and structure of a work, so that the starting point for a painting, a symphony, or a literary work, was usually the desire to communicate a powerful sense of emotion. What the artist felt and then instilled his work was of enormous importance and audiences searched for this ingredient when appreciating the work in question. Subjects include Berlioz’s Fantastic Symphony and Schumann’s Dichterliebe, and literary works by Keats, Byron and Thomas de Quincey

Part 2: The importance of nature

The rationalisation of – and scientific approach to - nature in the 18th century was replaced by a belief that nature was a living force either made by a creator, or was in some way divine, to be disregarded at a cost to humankind. The effect, then, of nature upon the artist when surrounded by it, was a vital theme of the period. The viewer/reader/listener engaged with the artists’ responses to the natural world, as if reliving the experience of the creator. Also, it was felt that nature – when represented in art - could be viewed in allegory, capable of reflecting the whole range of the human condition. Works discussed include Mendelssohn’s Hebrides Overture, Turner’s Staffa, Fingal’s Cave, Schubert’s Die Junge Nonne

Part 1: The supernatural and the gothic

Goethe once observed: ‘The daemonic is that which cannot be explained in a cerebral and a rational manner. It is not peculiar to my nature but I am subject to its spell.’ Goethe was not alone in his fascination for the supernatural and the Gothic, and all mediums of the arts engaged with the phenomena, ranging from operas such as Mozart’s Don Giovanni, Weber’s Der Freischütz and Verdi’s Macbeth, to the Gothick novels of Walpole, Radcliffe, Polidori and Mary Shelley, as well as the paintings of Fuseli, Friedrich and Martin.

Part 2: The rise of nationalism

Once the Napoleonic wars were over, there arose a series of ‘wars of independence’. These included the Greek Wars, the Belgian Revolution, the Polish–Russian War (November Uprising) as well as the various wars of independence occurring in 1848. Artists, composers and writers began to establish national elements in their works, and by so doing, deliberately challenged the more traditional methods of form and expression developed over the centuries by the Italians, French and Germans. The session includes important piano works by Liszt and Chopin

Fakes and Forgeries and the Art Beat. by Malcolm Kenwood.

The day reveals actual case studies, demonstrating the lengths forgers will go to in passing off works as legitimate. Skilled forgers capable of imitating well known artists have provided the ability to dupe many at the highest level within the art market. Experts have estimated that a high percentage of all works within the art market are fake. These scams ultimately inflict considerable damage to collectors and the trade. ​

Formerly the Recoveries Director for the Art Loss Register which operates an international commercial database of stolen cultural property, he formed his own company and developed training programmes designed to educate law enforcement officers in all aspects of this area of criminal activity, undertaken in partnership with the Metropolitan Police Art and Antiques Unit at New Scotland Yard, London. 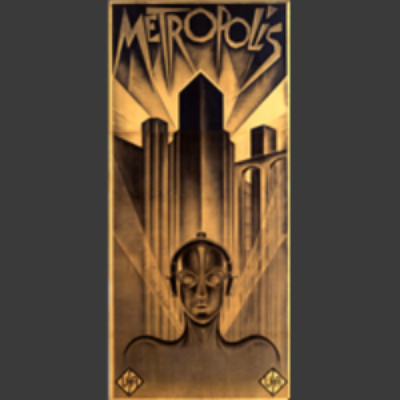 The birth of the Silver Screen and the art that surrounded it.  In this Study Day we will be looking at how the Motion Picture industry first developed throughout the 19th and early 20th centuries and how it inspired some of the great artists of the early 20th century.

Geri Parlby is a former Fleet Street journalist and film publicist She has a first class honours degree in History and Theology, a Masters in History of Art from the Courtauld Institute and a Theology doctorate from Roehampton University in London. She has been lecturing for the past eleven years both in the UK and internationally and she is also principal lecturer on the NADFAS South West Area’s History of Art course and is an Honorary Research Fellow at Roehampton University and a Fellow of the Royal Society of Arts.

The Joy and the Torment.- Monet and the Impressionists led by Douglas Skeggs 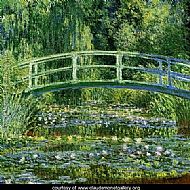 The life of Monet remains one of the most uplifting and inspiring stories in art history. Attacked, misunderstood, jeered at, or often simply ignored for almost thirty years, he lived to see his ideas transform the way in which we see nature. The Study Day follows his career from childhood on the Seine estuary to the hard times in Paris and Argentueil to his final triumphant years at Giverny. It looks at the development of his techniques, his battles with officialdom, his private life with friends and family, and the extraordinary vision that was his legacy.

Monet was also passionate about food so lunch will be themed to include recipes from his personal cookery notebooks. 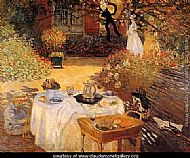 Douglas Skeggs read Fine arts at Magdalene College, Cambridge and has lectured on paintings for more than 30 years. He has led many tours around Europe and is Cultural Advisor to Ultimate Travel. He has written and presented various TV documentaries, most notably on Whistler and William Morris. His book on Monet,"Rivers of light", has sold 30,000 copies in France, America and Britain.